Here’s a look at our client experience - from boot-strapped startups to brands you recognize.

Please email us to request a copy of any client case study. 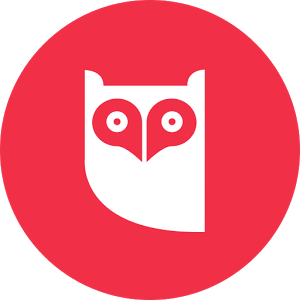 Weepo - This was a branding campaign for a boot-strapped startup. Our coverage helped the company raise more than $1 million following our publicity campaign that featured stories with Time Out New York, Channel 11, Sports Illustrated, New York Post, Metro New York and others.

PlentyOfFish - This was a rebranding media campaign for what was the largest dating app at the time. Our media coverage secured stories and TV segments with The Today Show, Time Magazine, Business Insider, Cosmo Magazine and others. Following our 2-year media and branding campaign, Match Group - a subsidiary of IAC - bought the company for $575 million.

MDAcne - This targeted media campaign introduced the mobile app to women and teens.

Noom - This was a B2B and B2C campaign that secured stories with targeted trades and national media outlets.

Columbia University Medical Center - This media campaign focused around the Orthopaedics Department, which was frequently overlooked by their internal PR team. Our coverage led to a Sunday New York Times feature on their director.

Burke Rehabilitation Center - This was a targeted campaign that introduced specific services to targeted consumers.

FindYourTrainer.com - This startup was only a few months old when we launched their media campaign. Our coverage led to TV segments with FOX 5, PIX11 News, Metro New York, Urban Daddy, Self Magazine, Well & Good Magazine and others.

Hedge Fund Client
We launched a media and branding campaign for this startup. This case study outlines the approach we took, which led to stories with Institutional Investor Magazine, CNN International, Bloomberg and the Washington Post.
Private Equity Client
This case study outlines the branding and media strategy we took to position this PE fund in targeted local news markets. Our coverage included a front page story in the Sunday New York Post Business Section.
FinTech Client
This media campaign introduced a fintech banking service to targeted fintech outleets.

Small Business Arbitration Center of New York - This was a branding and media campaign that introduced their services directly to business owners.

Provident Loan Society of New York - This media campaign introduced their services to local consumers throughout the five boroughs of New York.

How to get your Business on the News

The ROI of Public Relations: How to Measure an Effective Media Campaign

A Guidebook to Publicity during the Holiday Season