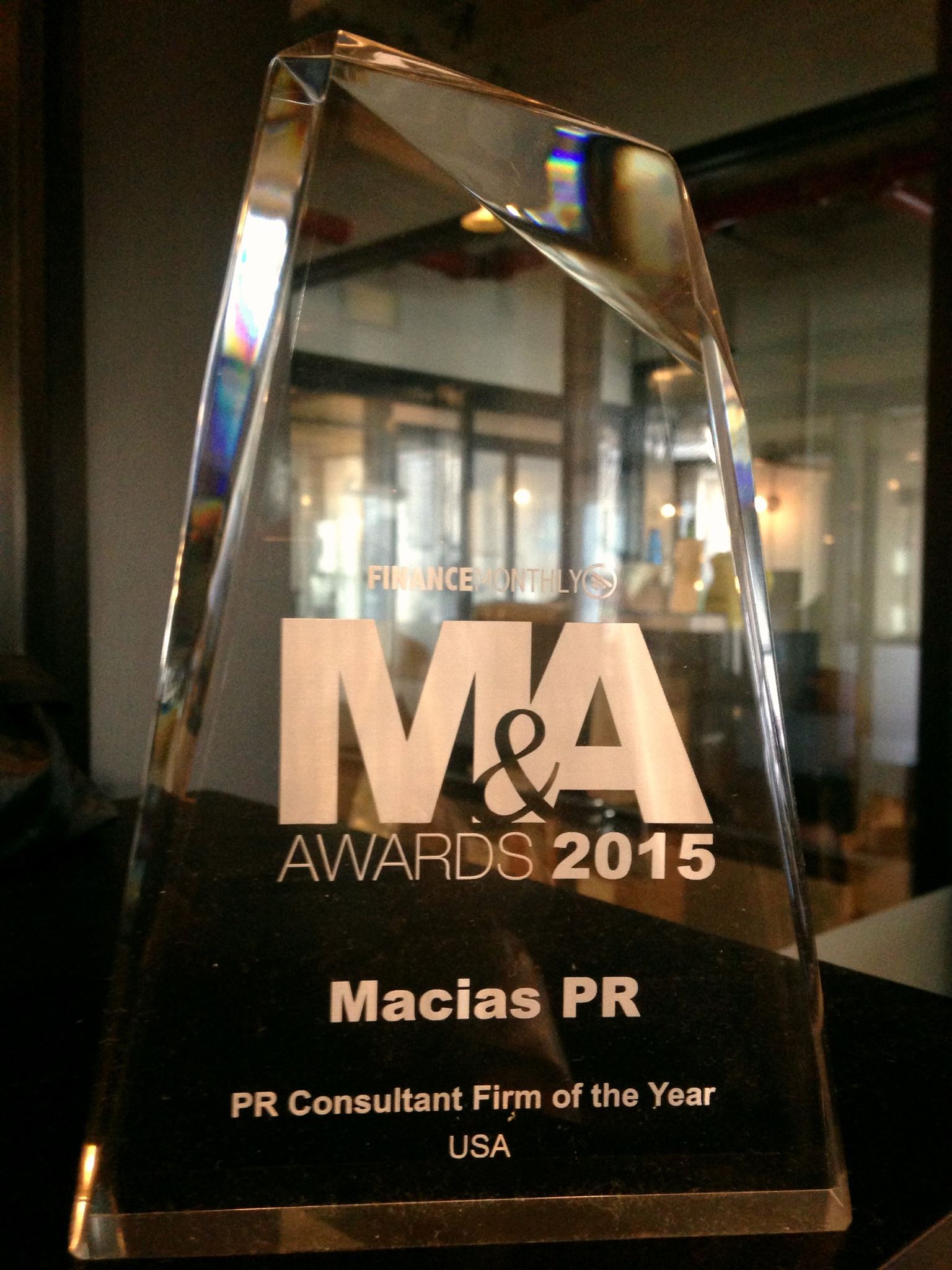 Here’s a look back on the 2015 milestones that led to Macias PR being named the PR firm of the year.