MACIAS PR was founded in 2009 by a former Executive Producer with NBC and Senior Producer with CBS. Journalists and marketing peers consistently rank MACIAS PR as one of the best PR Firms based on our results.

Over the years, MACIAS PR has launched publicity, media and branding campaigns for companies from all industries. We’ve worked with boot-strapped startups as well as established international brands, securing publicity with the most influential news publications. We have client case studies in several industries available upon request.

As a boutique PR firm, our communications process is streamlined, while our execution is hyper-focused. We will put our track record up against the biggest PR agencies any day of the week.

Marketing peers named MACIAS PR the Strategic PR Firm of the Year for three years in a row – 2017, 2018 and 2019. As part of the selection process, marketing and PR professionals reviewed the media campaigns promoted by our firm. More than 80,000 digital marketing, PR agencies and publicists were nominated from across the country but MACIAS PR was the only firm selected in the USA.

Finance Monthly also named us the 2015, 2016 and 2017 PR Firm of the Year – USA. Journalists with the publication reviewed our media deliverables, expertise and innovation in PR as a prerequisite for the award. You can read more on those honors and awards by clicking here.

MACIAS PR has run B2B and B2C media and branding campaigns for clients in healthcare, health tech, tech startups, financial services, asset management, nonprofits and service sector industries. Message Mark at the bottom of this screen (green button on the right) if you would like to hear a customized media strategy. We can also give you a PR estimate by clicking here.

We’re excited to be helping this Congressional campaign in Arizona. You can read more:  http://www.digitaljournal.com/pr/4600931#ixzz6EyXya95X

SUN CITY, Ariz. – February 25, 2020 – (Newswire.com) The Congressional campaign for Michael Muscato has released a meta-analysis from public sources that shows Rep. Debbie Lesko is vulnerable inside her district, as well as with women voters.

Researchers with the campaign culled through public data from the nonpartisan nonprofit OpenSecrets, as well as through the most recent FEC filing reports, to assess how Lesko is fairing with voters in her district, and with women.

END_OF_DOCUMENT_TOKEN_TO_BE_REPLACED

One of the most exciting parts of my work is getting to learn from experienced entrepreneurs and CEOs from all walks of life, and from different industries. It’s given me a unique opportunity to observe thought-leadership up close. This entrepreneurial experience also gives your company an advantage because it helps us craft successful media campaigns that are designed to drive new business.

We don’t push stories for the sake of pushing stories. MACIAS PR identifies story angles that will continually push your product or service in front of the right desired customer.

I recently wrote an article in Forbes – What the Great Houdini can Teach Us about Selling.

I tell readers in this article if you want to learn how to get publicity for your business, put away those MBA case studies and read up on Houdini. Throughout my time working with entrepreneurs, startups and CEOs, I’ve seen how Houdini can teach us all about getting our brand out there.

Here’s an abridged version of what I wrote in that Forbes article.

END_OF_DOCUMENT_TOKEN_TO_BE_REPLACED

My first article in Forbes was published last week, and I think it gives you great insight on my firm’s approach and strategy to business.

Andy Warhol might have been a great artist, but he was also a brilliant publicist at the root. He knew how to sell concepts and create buzz with the media. Even more impressive, Warhol did this at a time before we had the tech platforms that we have today. There was no Instagram or Twitter to share his story.

In my Forbes story, I break down four publicity tactics that Warhol used to generate coverage. It’s an approach that MACIAS PR uses today. You can read the story here, but here are the four takeaways I reveal in this story.

END_OF_DOCUMENT_TOKEN_TO_BE_REPLACED 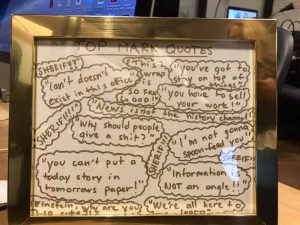 I honestly believe MACIAS PR is an incubator for ideas. Our team is constantly writing, pitching, researching and brainstorming over new ideas. Along the way, popular quotes get thrown out.

END_OF_DOCUMENT_TOKEN_TO_BE_REPLACED

MACIAS PR might be a boutique PR firm in New York, but our reach and experience is vast. We’ve launched and led publicity, media and branding campaigns for healthcare organizations, digital health companies, tech startups and nonprofits.

Despite the diversity of those industries, MACIAS PR continually secures publicity for our clients with the most influential news publications. In fact, in this month alone, our team has secured prominent news stories for our clients in Teen Vogue, Digital Journal, WDIV Local 4, Model D and MobiHealthNews.

But we don’t just measure our success in the amount of stories we secure. We also have client case studies in several industries available upon request to prove it, too.

As a boutique PR firm, our communications process is streamlined, while our execution is hyper-focused. We will put our track record up against the biggest PR agencies any day of the week – and we have the awards to back us up. This is what makes us truly unlike any other PR firm in the industry.

END_OF_DOCUMENT_TOKEN_TO_BE_REPLACED

One-size doesn’t fit-all when it comes to PR. The best PR firms create media campaigns that are customized to reach your desired audience or client. This approach is effective with every industry – digital health, technology, financial and even politics.

MACIAS PR recently secured a story on our Congressional client in Teen Vogue. The campaign wasn’t trying to reach Republicans and Democrats across the entire US. Instead, our approach and strategy narrowed the message to reach voters who would have the biggest effect on the campaign.

In the case of our Congressional client, she needed to reach Millennial voters, which is why we reached out to one of the largest Millennial readerships in the US  – Teen Vogue  – which reaches more 4 million readers every month.

Our media placement with Teen Vogue is just one example of how our team works to secure targeted press coverage for our clients.

END_OF_DOCUMENT_TOKEN_TO_BE_REPLACED

January 13, 2020 (Newswire.com) – The top tech and healthcare PR firm — MACIAS PR — has released its annual media report, detailing coverage secured for clients in 2019. The list of media placements was long and influential.

In the second quarter, MACIAS PR launched a fundraising campaign for a digital health client. The fundraising announcement highlighted a $58 million fundraising round that was covered by more than 30 news publications, including TechCrunch, AlleyWatch, Entrepreneur, MobiHealthNews, Axios, and Fortune.

MACIAS PR kicked off 2019 with a TV segment with the top-rated morning show, the NBC Today Show. The national TV segment showcased the world’s first smart belt, reaching more than 1.4 million viewers across the country. MACIAS PR also secured media placements with Entrepreneur, USA Today, and Forbes in the first quarter in 2019.

The coverage in 2019 led to MACIAS PR getting named the Strategic PR Firm of the Year by marketing and industry peers. The ACQ5 Awards recognizes industry leaders based on their expertise and innovation.

“MACIAS PR might be a boutique public relations agency in New York, but I’ll put our media results, strategy and deliverables up against the biggest PR firms in this country,” said Macias. “At the root, MACIAS PR is an entrepreneur’s agency. We continue to look at the media, business and messaging through the lense of an entrepreneur and that helps our team deliver better results at a faster pace.”

That entrepreneurial approach was recognized by the Forbes Business Council, which named Mark Macias to their board in December 2019. Macias was vetted and selected by a review committee based on the depth and diversity of his experience as a journalist, author, entrepreneur and media strategist.

Each Forbes Business Council member must have demonstrated a successful business track record and industry leadership, as well as personal and professional achievements and honors, for their inclusion.

MACIAS PR also launched a new scientific polling service in 2019. The polls come with margin of errors as small as +/-3 percent, or larger based on the client’s budget.

“We craft our polls with the news agenda in mind, making sure the poll results lead to new insight on voter sentiment,” said Macias. “In the past, these political polls with margin of errors were only available to incumbents or heavily funded campaigns, but that’s changing. We’ve invested in technology and formed partnerships that allow us to run the same scientific polls on the same platforms as presidential pollsters.”

The founder of the firm, Mark Macias, is a former Executive Producer with NBC and Senior Producer with CBS in New York. His media experience provides the firm with an insider’s perspective on how news stories are placed.

Macias is author of the business book Beat the Press: Your Guide to Managing the Media and frequent media contributor with CNBC, Forbes and The Daily Caller where he gives PR, media and crisis advice on timely business and political stories.

END_OF_DOCUMENT_TOKEN_TO_BE_REPLACED

MACIAS PR has run media campaigns for Congressional and US Senate candidates across several states, including for an unknown Congressional challenger who defeated an incumbent in New York. Macias also consults a member of Congress.

The firm has secured coverage for its political clients with CNN, NPR, CNBC, Politico, Chicago Tribune, New York Times, Washington Post, as well as with local and national segments on Spanish TV – in just the past quarter.

“Political polls with margin of errors have historically only been available to powerful incumbents or heavily funded campaigns, but that’s changing,” said Macias. “Our firm has invested in technology and formed partnerships that enable us to run scientific polls on the same scale as presidential political pollsters. These polls come with the same margin of error as those national polls, and can fit any candidate’s needs or budget.”

Macias says an effective poll can reveal issues most important to voters and who is more or less likely to support the challenger over an incumbent. Polls can also reveal vulnerabilities and strengths with challengers that can assist with media campaigns.

“We craft our polls with the news agenda in mind, making sure the questions will stand up to any scrutiny from reporters and editors,” said Macias. “We can also keep poll results confidential when needed.”

Macias is a former Executive Producer with NBC and Senior Producer with CBS in New York. He’s also a frequent contributor with CNBC and The Daily Caller, providing political, crisis and branding insight on businesses and candidates in the news. He founded the firm in 2009.