PR Question – Who are the best Media Contacts for PR 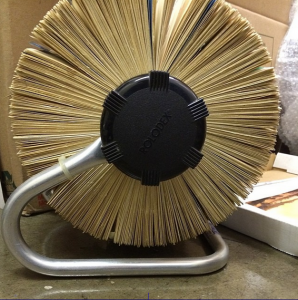 There is a general belief among publicists that a solid media Rolodex will get your client in the news. Even business owners are buying into this theory. Potential clients frequently ask me which reporters I know in “tech” or “political” or “fashion” — you name it.

They seem to believe that a friend or “contact” at the right paper or TV station will get their business in the news, but is it true?

The Best Media Contacts for Publicists

During my time as Executive Producer with NBC in New York, publicists frequently asked me out for drinks. I’m sure the majority of those publicists thought they could buy my access over a drink.

But honestly, rarely did those drinks lead to a news story. The rare exceptions were when I heard a solid story idea that I envisioned our viewers watching.

Unfortunately, (and this is a very general statement) many publicists don’t understand that solid story ideas drive news coverage — not media contacts. As a result, they don’t spend enough time fleshing out an idea. Instead, they rush out the undeveloped idea to reporters, hoping they will finish the job.

“I’ve seen it work. I get my calls returned when I know tech reporters.”

How Newsrooms work in the morning meeting

Perhaps, but here are the harsh facts of the ever-evolving journalism industry.

In most newsrooms, producers and journalists will throw you under the bus with a bad idea. And it doesn’t matter if you’re friends with them. In tough, financial times, journalists will pounce at the weaker story idea.

Media contacts are not a PR strategy. Editorial direction is crucial for a successful PR strategy.

Marketing peers named MACIAS PR the 2017 and 2018 Strategic PR Firm of the Year. In 2015, 2016 and 2017, Finance Monthly named MACIAS PR the Financial PR Firm of the Year. The founder – Mark Macias – is a former Executive Producer with NBC and Senior Producer with CBS in New York. He’s also a contributor with CNBC and author of the books, Beat the Press: Your Guide to Managing the Media and the Tao of PR.