PR Rookie Mistakes – What NOT to do with PR 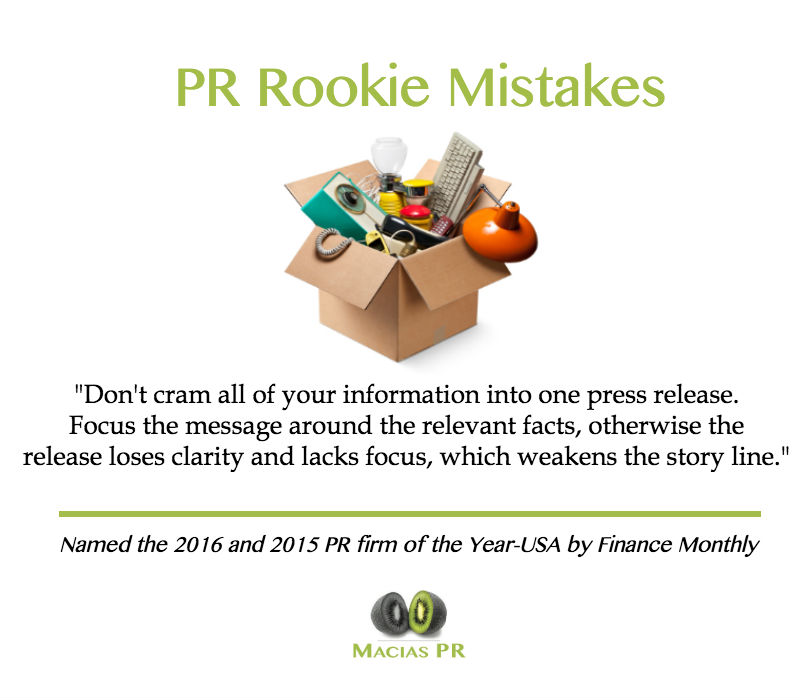 During my time with NBC and CBS, I could always identify a rookie PR person based on their mistakes. They were the publicists who put everything into their media release.

When you’re trying to identify the narrative for coverage in the infancy stages, don’t put everything – and the kitchen sink – into the press release. Narrow down your message and information into what matters.

I’m sure you’re wondering, so how long should a media pitch or press release be? Well, it depends on the story. I’ve literally sold stories to TV reporters with a text. I’ve also sold other reporters on stories over conversations that lasted an hour. There is no rule on how long or short a press release should be. It all comes down to the topic, content and the sell.

And the sell is the most important component that any great publicist will understand – intuitively. You’re not just selling reporters on a story. You are selling consumers on the story as well. I don’t want to give away all of our secret, insider media strategies on a blog, but every business owner should listen closely to how a potential PR firm or publicist sells the invisible.