How PR Builds on Itself – Examples of Successful Campaigns 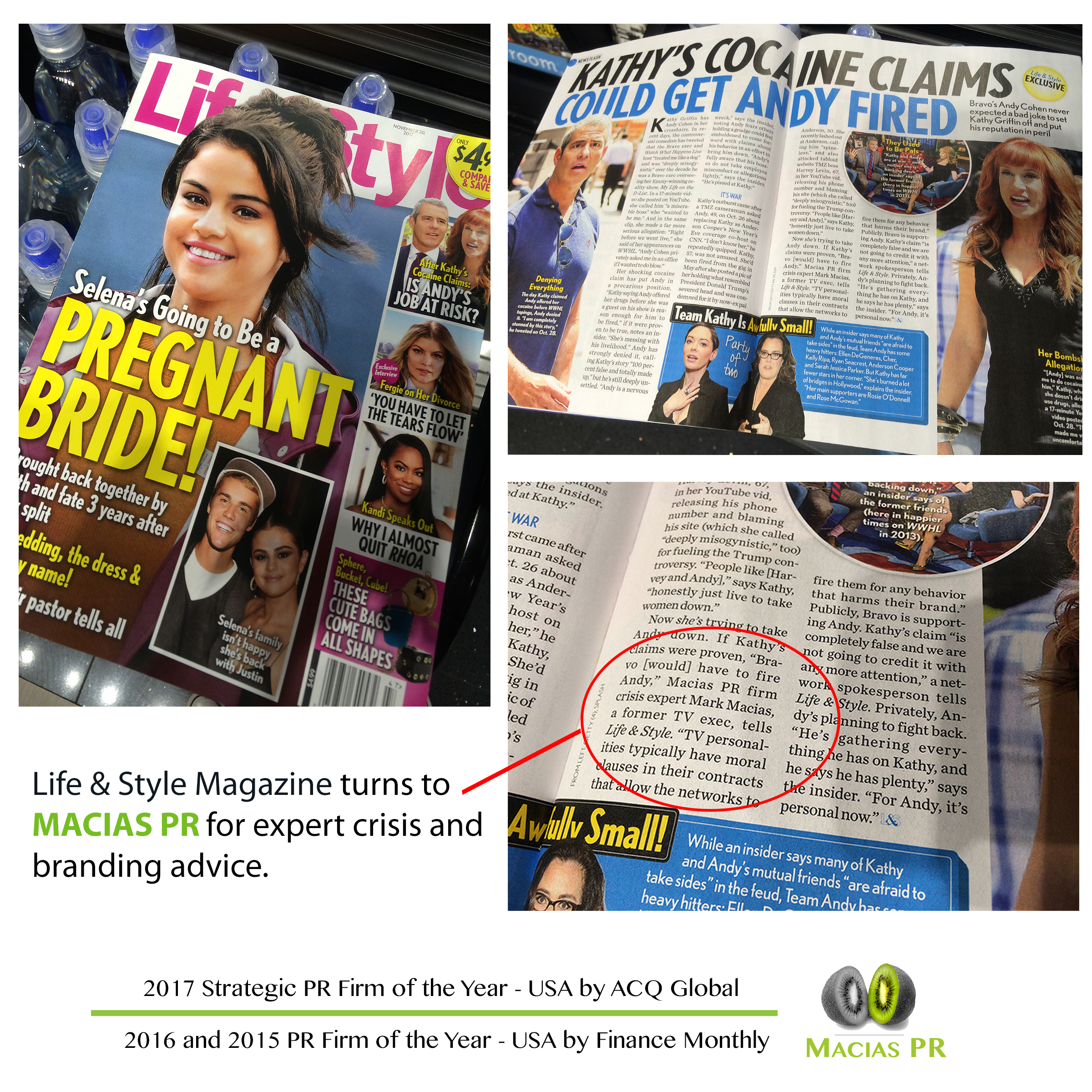 A public relations business needs media coverage too; we’re just like you. The hardest part with every campaign is getting that first placement, but once the coverage begins, there tends to be a snowball effect.

This happened with recently with the scandal involving Harvey Weinstein. USA Today reached out to MACIAS PR first, asking Mark for advice on how Weinstein should handle his brand and image. Once the story was published in an influential publication, the coverage snowballed.

That same week, the Washington Post, and one of Australia’s largest papers – The Sydney Morning Herald – also called Mark, asking for crisis and branding insight with the growing Hollywood scandal.

PR Builds on Itself with More Media Coverage

It took less than a week for Life & Style Weekly to reach out to Mark Macias for more crisis and branding advice. This time it was for another celebrity scandal.

The article titled, “Kathy’s Cocaine Claims Could Get Andy Fired” is in this week’s issue. In Touch Weekly also pulled Mark’s comment from the Life & Style article, publishing yet another story, raising the profile of the firm.

And next week, MACIAS PR will give more branding and image advice on another story, in next week’s issue of Life & Style Magazine. This time, Mark is giving branding and crisis advice on Ree Drummond and the recent revelation that the country blogger is one of the largest landowners in the USA. What impact will this negative news have on her brand? Look for the magazine