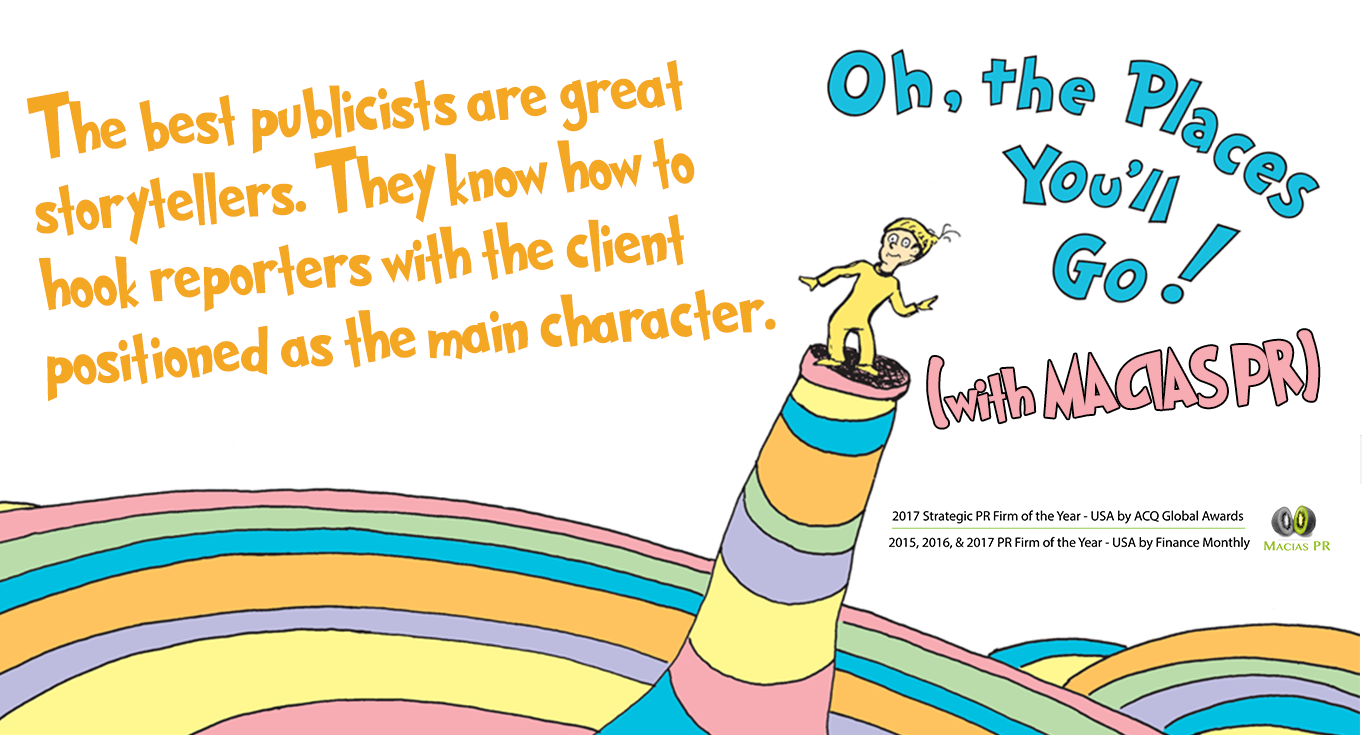 What’s the best trait you should look for when hiring a PR firm? Do you think it’s contacts? Maybe location? What about the number of people devoted to your account?

Based on my career with NBC, CBS and owning a PR firm, I’d say it is none of those qualities. The most critical factor that leads to media placements – inside and outside the media – is story ideas.

Why the Best Story Ideas Lead to Media Placements

TV, newspapers and online publishers are driven by one component – unique users and viewers. And what do consumers want? They want to read and watch the best content that entertains, educates and informs them.

During my younger days with NBC in Miami, I generated more story ideas than I could produce. My Executive Producer at the time would have to give away my story ideas because I continually had more ideas than I could realistically produce. That creative story generation is one of the reasons why I was promoted at a young age to Executive Producer with NBC in New York.

Today, that still holds true with PR. You will never get a story on the news or on TV without a great angle. You can have the best contacts in the media, but if you don’t have original ideas, no reporter or producer will return your calls.

This is why MACIAS PR is built on stories first. Our team continually brainstorms on new stories or angles to get our clients in the news. Most of the time, this brainstorming leads to bigger ideas based on our group thought. So the next time you’re researching PR firms, or interviewing publicists, ask them to tell you a story. If you are captivated, then you might have a winner.