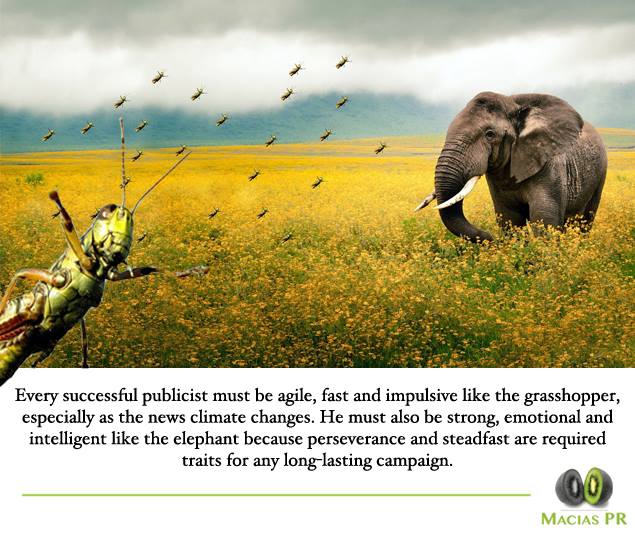 How do you identify a the best PR firms and the publicists that define it? Media strategy, approach, curiosity, experience, the ability to execute, creativity and energy all play a crucial role when it comes to successfully leading a media campaign. It really does make a difference when it comes to securing stories with the media and I’m not just saying that as a PR guy. I’m also saying it as a former journalist.

Now, as the owner of my own PR firm, I think the list of qualifications for a great publicist has grown.

Characteristics of the Best PR Firms and Publicists

Our team is continually evaluating the news cycle on a daily basis, trying to identify different, timely angles to position our clients on the news. Agency work is not easy. You have to show perseverance and remain steadfast as you push campaigns to the media. You can’t give up just because a few reporters say they’re not interested. Likewise, you need to be intelligent enough to identify the news angle that will ignite curiosity with reporters and consumers.

News moves quickly today. This is why the best PR firms hire publicists who are quick, fast, agile and even impulsive. You can’t overthink every move in PR because it will slow down the campaign. It also invites inertia. Want a visual for it? Think of the grasshopper and the elephant the next time you are interviewing potential PR firms to lead your media campaign.